AET’s lead engineer, Jack L Waldron, stated, “The Sulfex ™ technology, through years of development and research, has been refined into a technology that is a robust and well-defined industrial process. This patent provides protection to this process as it has been refined.” 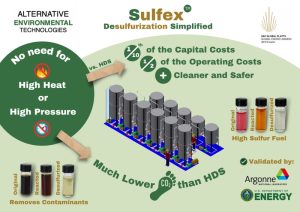 AET’s Vice President of Business Development, Barry Dallum stated “The achievement of an additional patent on the Sulfex™ system displays our continued commitment to our Sulfex desulfurization process to new fuels applications. This process has a lower capital investment, lower operating cost, lower carbon footprint and is safer than other desulfurization processes.” 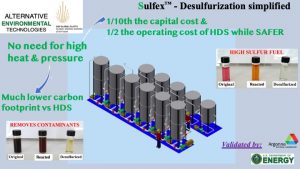 “We are very pleased that the Nigerian government has seen the benefits of AET’s cost saving and environmentally friendly desulfurization technology.  My entire team and I are very excited about the opportunity to move this forward,” stated APPL Executive Director Muawiyah Umar Farouk.


“AET would like to congratulate APPL and their team on this important milestone. We look forward to working with APPL to bring our Sulfex desulfurization technology to West Africa,” stated AET Director, Jack Carter.

The intellectual property that is set forth in the latest allowed patent provides further enhancements to the Sulfex™ technology. By focusing further on the timing of the removal the Sulfur species as related to the reaction equilibrium, a further reduction in processing times and quantities of reagent and stripping constituents can now be achieved. Such advancements enhance an already efficient Sulfur removing process.

APT’s Director, Jack Carter also stated “Opal offers an excellent entry-point into an under-served market. We are looking forward to the opportunity to work with them.”

“We are honored to partner with APT to continue our eco-friendly, sustainable business mission while supporting global environmental improvement initiatives at a reduced cost. In Petroil we are committed to the innovation and production of environmentally friendly fuels,” states PETROIL’s CEO, Mr. Luis Alberto Hincapié Carvajal. 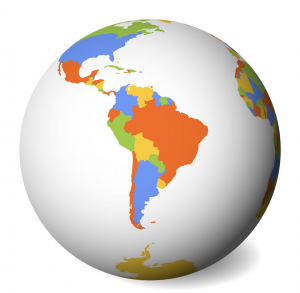 “MICAVA has been keeping good communication with APT for several years. We admire the innovation ability of APT’s researchers and witness their scientific research achievements. There is no doubt that Sulfex™ is a leap in the development, which has injected new vitality into the low-cost desulfurization for global eco-friendly refining. We are honoured to be the partner of APT, and we believe that APT and Micava can make contribution to the technological progress of China users through both parties’ efforts” stated MICAVA CEO and President, Yu Chenghai.

Mr. Wankawisant stated “I am very excited to collaborate with APT in bringing APT’s full range of environmental technologies that deliver highly stable and cost-effective fuel emulsions that can address Thailand’s critical and urgent necessity to reduce air pollutants.“

APT’s Sulfex™ Desulfurization process has been independently validated by the U.S. Department of Energy’s Argonne National Labs (www.anl.gov) and has been optimized to produce ultra-low sulfur fuels at low cost.

Jack Waldron, APT Vice President and Chief Engineer, commented that “Our new Sulfex™ desulfurization process is a game changer for the petroleum industry in that Sulfex™ is a simpler, safer and more economical alternative to the traditional process of Hydro-Desulfurization, which requires high temperatures, high pressures and a significant amount of ancillary equipment. We are honored that S&P Platts has recognized the significant benefits that Sulfex™ will bring to clients in their continuing efforts in meeting stringent global environmental regulation standards.”